Amplitude 2 possible for PS3. Amplitude might come to PSN 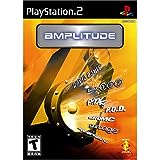 Alex Rigopulos, CEO & co-founder of Harmonix, was interviewed about the developer’s creations Guitar Hero and Rock Band, a discussion that leads back to their earlier music-rhythm titles FreQuency and Amplitude along with the possibilities of a sequel to the latter.

Offworld pressed Mr. Rigopulos on the idea of working with Sony to get the studio’s earlier work, particularly the Sony-owned Amplitude, distributed via the PlayStation Network on PS3. To quote his answer: “I would love to. That game is still close to my heart. I love it. I’d love to do a sequel to Amplitude, actually. It’s an issue of prioritization… For us, that lingering question of “what are we going to do about Amplitude” is still very much out there. I would love to come back and do it right for the PlayStation 3, for example.”