Home » Features » 44 video games being made into movies

44 video games being made into movies 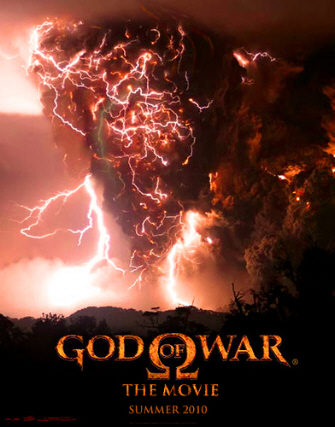 It is almost a staple of Hollywood in this day and age to mine the video game industry for “popular” properties that they think would make good films . . . or rather, that they can make into a film so they can MAKE MONEY. Naturally.

Here is the HUGE list of video games that Hollywood is making into movies. Which ones are you excited about?

There are also two canceled video game movies, although they could still come out. They are:

Other game movies include:

Are there any video game based movies you know of that we missed? Let us know by leaving a comment!

Updated
34. Soul Calibur (more recent Soul Calibur movie info)
35. Fatal Frame (script penned by Steven Spielberg, published by Dreamworks, release date set for November 2009)
36. Pac-Man
36. Alone in the Dark 2 (Directed by Michael Roesch NOT Uwe Boll)
37. Duke Nukem (produced by Depth Entertainment, the same company that brought us the Max Payne film)
38. Uncharted: Drake’s Fortune
39. Lost Planet (2011) – Script written by David Hayter (voice of Solid Snake and scriptwriter of X-Men, X2, The Scorpion King and Watchmen), produced by Avi Arid and Arad Productions in collaboration with Capcom and distributed by Warner Bros. Capcom says they hope to turn many more of their games into movies and hope Avi Arad will work with them on doing so after Lost Planet).
40. Silent Hill 2 (2010) – Originally scheduled to be developed by Roger Avary and Christopher Gans although now it seems that neither is going to be involved with the project whose screenplay was coming together “very slowly”. The last info on the film seems to be from 2007.
41. Mass Effect – Being produced by Avi Arad who produced the Spider-Man films.
42. Dead Space – Being produced by EA and directed by D.J. Caruso who created the film Eagle Eye with Shia LaBeouf.
43. Dante’s Inferno – Being produced by Strike Entertainment who have partnered Eric Newman and Marc Abraham.
44. Army of Two – Being produced by Scott Stuber with a script by Scott Z. Burns (“The Bourne Ultimatum”). It will be distributed by Universal.

Metroid
The Legend of Zelda
Super Mario Bros. 2
Grand Theft Auto – Several rumors were making the rounds including that GTA was considering making a GTA: San Andreas movie and that a GTA movie would star Eminem. Rockstar flat-out denied that ANY GTA movie was ever in the works and said, at the time, that they weren’t even considering it.

I find the fact that Hollywood wants to make so many games based on movies quite curious when you consider how many video game movies have been almost universally panned. Even the good ones are not very critically acclaimed by those “movie critics”.

Of course, since when did that matter? I’ll have you know that I have BOTH Mortal Kombat and Mortal Kombat Annihilation in my movie collection. And believe it or not, I enjoyed the second movie more than the first, particularly the actor who portrayed Sonya. I also quite enjoyed Hitman, Tomb Raider, Super Mario Bros. and a myriad of other game to movie adaptations. Still haven’t seen Doom . . . And ironically, I didn’t really enjoy any of the Resident Evil films (especially being a huge fan of the games, they were simply too far removed from the games to be that enjoyable in my opinion) but the one I enjoyed the most? You guessed it, Resident Evil: Apocalypse, the second film which is regarded by many to be the worst one.

So who are film critics really? I enjoy a lot of things that are universally panned (such as the Power Ranger series of TV shows, the Pokemon anime, the Clayfighter games, Gilmore Girls, which is one of my favorite shows. Okay so that’s not panned but it’s not a show typically watched by men . . . until they see it . . . and like it. I speak from experience! . . . and the list goes on) so I am not one to really care what people say about something until I try it out myself. In fact I HATE horror movies (especially slashers) and yet I LOVE survival horror games. Like I said I’m a huge Resident Evil fan but I’m also a huge Silent Hill fan and I’ve already reviewed Fatal Frame 1 and hope to play all those games as well as many others such as The Suffering and Manhunt. So I guess the moral of my little tangent is “don’t judge a book by its cover”. Or something like that.

For more details on these movies be sure to check out Video Game Examiner who we thank for the original list.