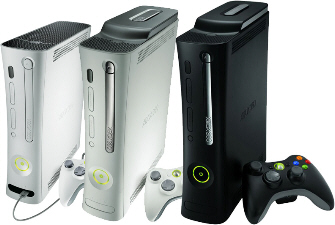 Microsoft has announced that their flagship console, the Xbox 360, has achieved sales of 28 million units worldwide.

Either way these numbers have to be extremely pleasing to Microsoft, who’s system surged during the holidays.

As far as Microsoft’s online service, Xbox Live, is concerned, Microsoft has announced that Xbox Live has reached 17 million users worldwide and that they have achieved sales of over $1 billion through the service.

Xbox Live offers a multitude of purchasable content using Microsoft Points that players buy for cash via the online store of the Xbox 360 known as the Xbox Live Marketplace. Included among them are rentable movies, additional downloadable content for video games that players own, full games that they can purchase and download in the Arcade portion of the service as well as video game demos and purchasable music videos, among other things such as free and paid themes and Gamer Pics.