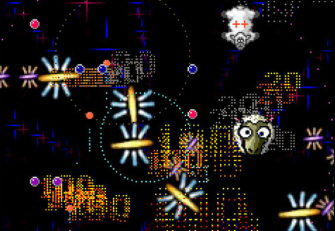 Jeff Minter, the creator of the psychedelic Xbox Live Arcade shooter Space Giraffe, has stated that his next title, Gridrunner++ for Xbox Live Arcade, is “nearly finished” but that Microsoft has been sitting on the game for “months” now and is holding up the process of him getting the game finished and out for gamers to play on Xbox Live Arcade.

He says in a recent interview with Eurogamer, “We sent it off to Microsoft months ago, but they’ve just not said anything – we’re just waiting for them. Basically I’m going to carry on with the PC version of it if I don’t hear from them soon, because they’re just sitting on the demo we sent them three or four months ago. We haven’t heard a thing.”

Sadly it looks like Gridrunner++ is not a priority for Microsoft after his last game, Space Giraffe, got outsold by the remake of Frogger and didn’t achieve high sales. But let’s hope that Microsoft decides to put the game out for the sake of putting original games on the service, as they don’t get any more unique than the titles from Jeff Minter. And if you’ve never played Space Giraffe you should DEFINITELY go check it out, it’ll turn your brain to mush in seconds guaranteed!