Today Nintendo adds new/classic games to the popular Wii Shop Channel. The games go live at 9AM Pacific time. Wii owners with a high-speed Internet connection can redeem Wii Points to download the games. Wii Points can be purchased in the Wii Shop Channel or at stores like Amazon (see Card above).

We’ve included videos of each of today’s games for nostalgia’s sake or so you can see if it’s to your tastes. 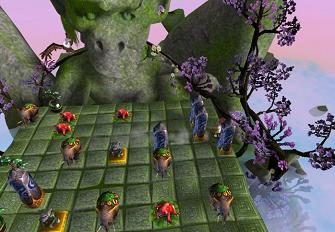 Bruiser and Scratch (Steel Penny Games, Inc., 1 player, Rated E for Everyone, 1,000 Wii Points = $10): Bruiser and Scratch are stranded in a strange world with a dark secret. Their only hope in finding a path home is to unravel the mystery of this place, one oversized puzzle at a time. Along the way, they make new friends and meet up with old adversaries, each of whom plays a role in their journey. Bruiser and Scratch offers a number of tutorial levels to bring the player up to speed gradually. The story unfolds over 48 puzzles and six landscapes. And for players who can’t get enough, Challenge mode offers 75 additional puzzles that range from child’s play to mind-bogglingly difficult.

Hockey Allstar Shootout (Big Blue Bubble Inc., 1-2 players, Rated E for Everyone, 500 Wii Points = $5): Use the Wii Remote controller as a stick and take the shot as you compete in three exciting Hockey Skills Challenges. In Head 2 Head, it’s just you versus the best goalies in the world in a five-puck shootout. Race against the clock to post the most goals in the fastest time. The three difficulty levels will place you against three increasingly talented goalies, each donning the jersey of their home country. In two-player mode, each player will take a turn as shooter and as goalie, and the player who scores the most goals in five shots is the winner. In Sharp Shooter, you post a high score in one of three difficulty levels by breaking as many targets as you can. Each time a shot fails to break a target, an X will appear in the upper left corner. Three misses and the game is over. Power Shot has you take your best shot and watch the Shot-Speed Clock light up. You have three attempts to blast the fastest shot you can, and only the best speeds will grace the high score list.

Sonic The Hedgehog 2 (Sega Master System, 1 player, Rated E for Everyone, 500 Wii Points = $5): Play the popular Sonic The Hedgehog sequel, made specifically for the Sega Master System. Sonic returns home to his island just in time to see Dr. Eggman (a.k.a. Dr. Robotnik) run off with Tails. In fact, Dr. Eggman has kidnapped all of Sonic’s animal friends and placed them in robotic mind-controlling suits. He demands the six Chaos Emeralds, hidden on the island, in exchange for their safe return. Explore underground mine shafts, dash through underwater tunnels and hang glide through the clouds in Sonic’s search for the Chaos Emeralds. Once Sonic’s found them all, he must face off with the evil Dr. Eggman and thwart his plan for global domination.