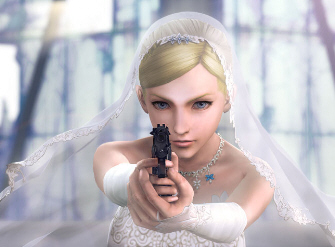 The first trailer for Parasite Eve 3: The 3rd Birthday has been revealed. It was apparently shown behind closed doors at the 2008 Tokyo Game Show, giving gamers their first look at the Parasite Eve series since Parasite Eve 2 was released for the PS1 way back in 2000.

The trailer is nothing but some beautiful CG, with no gameplay shown, but it’ll definitely serve the purpose of getting Parasite Eve fans charged up for this newest entry that will be coming exclusively for PSP (It was originally announced for cell phones, but thankfully they shifted focus to the PSP).