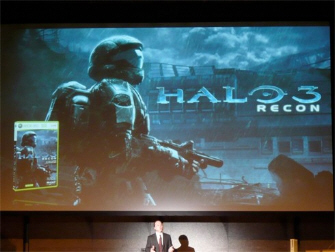 Halo 3: Recon is Bungie’s brand new campaign experience for Halo 3 on Xbox 360, that was previously titled Halo 3: Keep It Clean. Aside from a campaign game with 4-player co-op and campaign scoring, the standalone disc will also include new multiplayer maps, the saved films & screenshot modes and Forge options. No further info was revealed except for a Fall 2009 release.

With the slogan “New Hero. New Campaign. Prepare To Drop.” it looks like Master Chief is taking a holiday.