DICE, the makers of Mirror’s Edge, have announced a remix album that will be digitally released worldwide this November 11th in conjunction with the launch of the game. Although they didn’t announce exactly where they will release it.

The album features several remixes of the Mirror Edge title theme called “Still Alive” which is performed by a Swedish rock/pop star Lisa Miskovsky, and the remixes are done by some of the today’s hottest artists and DJs, including Benny Benassi, Paul van Dyk, Junkie XL, Teddybears, and Armand Van Helden.

Here is the complete track listing for the Mirror’s Edge Remix album:

DICE also announced that those who pre-order Mirror’s Edge at Best Buy will receive an extra music CD that contains the theme song above along with another remix that’s exclusive to that disc by Benny Benassi. 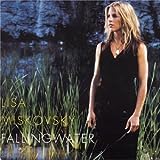 The song Still Alive was written and recorded exclusively for Mirror’s Edge by producers Rami Yacoub and Arnthor Birgisson who were behind some of the world’s biggest chart-topping artists including Britney Spears, Pink and Kelis. Lisa Miskovsky on the other hand earned her international acclaim for her #1 self-titled debut album and it’s #1 Platinum follow-up called Fallingwater. She won Sweden’s top music award for Best New Artist, Best Female Artist and Artist of the Year!

And now for the marketing quotes!

“A groundbreaking videogame demands an equally provocative theme song,” said Steve Schnur, Worldwide Executive of Music and Marketing for EA. “We’ve taken an unprecedented approach to this track, bringing together several of the world’s top remixers to create an album that will not only cross genres and borders, but also redefine how great new music can be delivered to the world.”

“When given the opportunity to work with Lisa, Rami and Arnthor, who are all avid gamers, we knew we had something very special on our hands,” added Magnus Walterstad, Audio Director at DICE. “With ‘Still Alive,’ we created a Mirror’s Edge theme song that is able to stand on its own two feet as well as accurately representing the emotional experience of playing the game.”

“This is a terrific song from a tremendous new artist,” said Terry McBride, CEO of EA label partners Nettwerk Music Group. “And every one of these remixers responded not only to the power of the track itself, but also to what this project will mean to the continued convergence of music and gaming. Our entire worldwide marketing team is committed to making this a landmark digital release.”