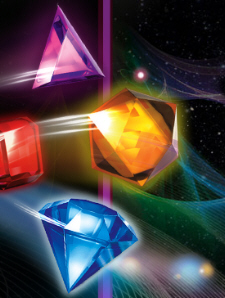 PopCap Games, the leading developer and publisher of casual games, announced their new game titled Bejeweled Twist, which has been in development for more than three years and will bring a completely new perspective to the “Match-3” genre of puzzle games that the original Bejeweled pioneered eight years ago. PopCap plans to formally unveil the game at a gala event at Seattle’s Experience Music Project Sci-Fi Museum and Hall of Fame on the evening of Monday, October 27, 2008 – the first such launch event in casual games history. The game will carry a retail price of US$19.95 and will initially be available exclusively via Web download from www.popcap.com.

“As our first and most popular game, we’re particularly dedicated to Bejeweled and wanted to make sure that our next offering in the lineup delivered as much innovation, polish, and sheer pleasure as possible,” explained Jason Kapalka, co-founder and chief creative officer at PopCap. “We spent a long time conceiving and prototyping a totally new direction for Bejeweled Twist. The game will be immediately recognizable to Bejeweled fans, and as accessible as earlier titles in the series, but with far more depth and flexibility. Previous versions of Bejeweled appealed to a pretty broad audience, but we’re confident Bejeweled Twist will offer a compelling experience for everyone, from the novice gamer to the seriously hardcore player.”

From PCs and Macs, PlayStation and Xbox consoles to mobile phones, PDAs, iPods and iPhones, Bejeweled is available for more than a dozen devices and platforms and is the most popular casual game of the 21st century. More than 350 million copies of Bejeweled/Bejeweled 2 have been downloaded from the Web, accounting for nearly a third of the 1 billion-plus downloads of all PopCap titles. Tens of millions of copies of Bejeweled have been installed on mobile phones worldwide, and more than 25 million units of the game have been sold across all platforms, amounting to over $300 million in consumer spending over the history of the game.

All other details of Bejeweled Twist are currently under wraps and will be disclosed at the game’s gala launch event.