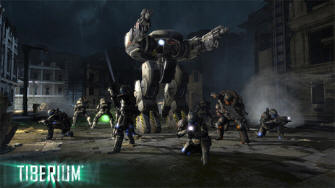 Electronic Arts today confirmed the cancellation of their Tiberium FPS Command & Conquer spin-off game. The tactical first-person shooter for the PC, Xbox 360 and PlayStation 3 was to be set in the traditionally RTS Command & Conquer universe and was last month delayed for a 2009 or 2010 release.

According to EA “The game was not on track to meet the high quality standards set by the team and by the EA Games Label. A lower quality game is not in the best interest of the consumers and would not succeed in this market.”

Mike Verdu, executive producer for Electronic Arts, further explained in a memo he sent out to EA LA: “It is with a heavy heart that I announce an end to all work on Tiberium effective immediately. I’ve consulted with Nick Earl and Frank Gibeau at the EA Games Label and together we have reached the conclusion that given the time and resources remaining, we will not be able to deliver this product to an appropriate level of quality.

The game had fundamental design challenges from the start. We fought to correct the issues, but we were not successful; the game just isn’t coming together well enough to meet our own quality expectations as well as those of our consumers.”

Personally I enjoyed the first Command & Conquer FPS called Renegade (2002). But when Tiberium was announced I always kept in mind that Renegade 2 (based in the Red Alert universe) was also in development and cancelled by EA.