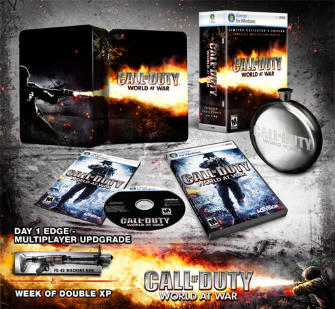 Activision has announced a Call of Duty: World at War Special Collector’s Edition for the launch of the World War II first-person shooter game on November 11th in North America. The Xbox 360 version’s special edition will set you back $80, while the PC version costs less at $70. No plans were announced for a PS3 or Wii versions. You’ll be able to pre-order both Special Edition’s at retail and online.

Here are the game’s system specs for the PC version: