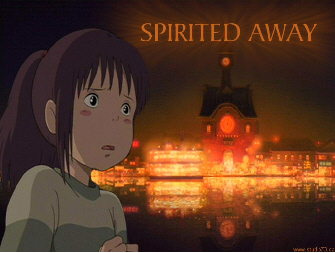 Ninokuni is a new DS game from the developers of Professor Layton that contains animation done by famed Spirited Away Japanese animation house Studio Ghibli.

This is the first time that Studio Ghibli has done animation for a video game, and what better developer than Level 5 who brought us the stunning DS animation in the Nintendo-published hit adventure game Professor Layton and the Curious Village.

This was revealed via Japanese gaming magazine Famitsu and the game is scheduled for release next here.

The protagonist is a 13-year-old boy who is overcome with grief after the death of his mother. One day, a fairy appears before the child, gives him a book, and guides him to another world.

Working on the game is Level 5 founder Akihiro Hino who’s previous works include the fantastic PS2 RPG Dragon Quest VIII: Journey of the Cursed King and was prodcuer for Professor Layton.

And while Studio Ghibli is most well known in Western countries for it’s animated films from director Hayao Miyazaki (such as Spirited Away, Howle’s Moving Castle and Princess Mononoke) but also releases films from other talented directors such as: Isao Takahata (My Neighbors the Yamadas), Yoshifumi Kondo (Grave of the Fireflies), and Hiroyuki Morita (The Cat Returns).