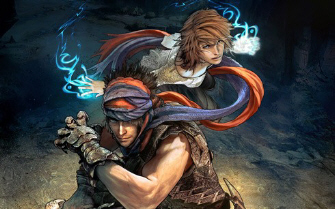 Which is great because it’s been a long time in coming, so it’s good to know that gamers will be able to dive into the next-gen iteration of Prince of Persia THIS year.

Prince of Persia, built on the Assassin’s Creed engine, opens an entirely new chapter in the Prince of Persia universe in addition to introducing a fresh Illustrative art style, evolved combat system, open world structure and dynamic AI – most notably in the form of the Prince’s powerful female ally Elika.

Set in a land rooted in ancient Persian mythology, the Prince finds himself caught in an epic battle between the primal forces of light and darkness: the God of Light, Ormazd versus his brother Ahriman, the destructive God of Darkness. The Prince arrives just in time to witness the destruction of the legendary Tree of Life – an act which threatens to plunge the entire world into eternal darkness. Manifested in the form of the Corruption, a dark substance that physically contaminates the land and the skies, the Prince must partner with Elika, a deadly companion, to heal the world from the evil Corruption. 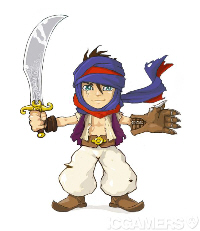 The DS version has been dubbed Prince of Persia: The Fallen King and takes the world of the console games but shrinks it (albeit much more cutely) into a side-scrolling action game where the Prince is joined with a new ally named Magus who uses magic. She is also a playable character, and you will need to switch between both of them to complete the game’s reportedly over 50 environments.

In Prince of Persia: The Fallen King, the Prince, facing imminent danger, flees to a deserted kingdom that seemingly offers sanctuary. Already touched by the evil Corruption, a dark substance that physically contaminates the land and the skies, the kingdom is filled with adventure, challenge and intrigue. As the Prince seeks a way to fight the spreading Corruption destroying the land, he encounters a partially infected creature that promises salvation. But is the creature truly an ally or merely an enemy in disguise? It seems this perilous alliance may be the only way for the Prince to face the forces of darkness and save the Persian kingdom from the Corruption once and for all.