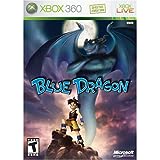 Blue Dragon Plus has been picked up for American and European release in March of 2009 by Ignition Entertainment, in conjunction with AQ Interactive.

The DS RPG is a follow-up to the Xbox 360 RPG of the same name, Blue Dragon. A Blue Dragon anime of the game is currently one of Cartoon Network’s top-rated shows, and so it’s only fitting the game will see release stateside.

Blue Dragon is the story a young boy named Shu and several of his friends who possess the ability to control phantom shadows that mirror the actions of their masters. In Blue Dragon Plus, one year has passed since Shu and his companions defeated the tyrannical remnant of the Ancients, Nene. In the midst of the battle, the world split in two and now consists of a myriad of “cubes” that exploded from its depths. King Jibral notices a mysterious cube in the distance suddenly start to move violently, and from it he sees the Shadow of a Balaur, a three-headed dragon, emerge. The enormous and sinister Shadow is just the beginning of the new turmoil and devastation to come.

Blue Dragon Plus, like it’s predecessor, has some big names behind it, including Hironobu Sakaguchi who served as director (the creator of Final Fantasy and head of his own company, Mist Walker, that developed Blue Dragon and Lost Odyssey), Akira Toriyama who served as character designer (famous for his Dragon Ball characters) and Nobuo Uematsu who composed the game’s soundtrack (arguably one of the greatest video game composers, creating the music for most Final Fantasy titles).

Features of Blue Dragon Plus are:

* Single Player Campaign With Over 30 Hours of Game Play
* Legion vs. Legion
* Control up to 16 humans and Mecha Robos to fight against a horde of enemies
* Equip your units with items and alter their composition to bolster their strength
* Exciting Real-Time Battles and Shadow Fights!
* High Quality Dual Screen FMV’s Showcasing More Than an Hour of Story Events!
* Exciting robot customization!