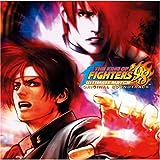 A King of Fighters ’98 remake titled The King of Fighters ’98 Ultimate Match was released in Japanese arcades back in March 2008. This was later followed by a retail PlayStation 2 release in Japan in June 2008, which SNK Playmore promises will come to America sometime in 2009.

But that’s not the only way you’ll be able to play the versus fighting game, as a Tokyo Game Show 2008 games list showed King of Fighters 98 Ultimate Match will be coming to Xbox Live Arcade in 2009! According to Siliconera this remake of the King of Fighters ’98 has a healthy dose of 10 extra characters (now 64 total), cleans up the graphics and includes balance changes for top tier players. It’s also expect that the Xbox 360 release will be modified for online play through Xbox LIVE, much like the recent remake release of SNK’s Samurai Shodown II on Xbox Live Arcade. More details about the new features will be unveiled at the Tokyo Game Show 2008 expo that starts on October 9th.

You’d think for a 10-year-anniversary they’d release the remake worldwide in 2008, but then again, getting it a bit later outside of Japan beats not getting it at all.