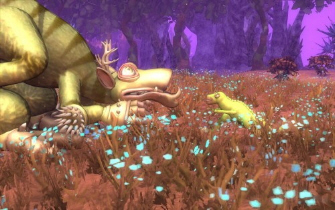 Spore executive producer Lucy Bradshaw has said in a recent interview that developer Maxis is already planning Spore expansion packs involving editors rather than simply new assets, one example given was a flora editor which was not included in the full life simulator game.

To quote: “When we started Spore, we were thinking about how we’d make an engine that had the possibility of expansion, so yes, we’ll add to the experience. I think, however, we have a very cool opportunity to take Spore in a few different directions too.

The editors are so cool and fun, that we want to advance those as well as the gameplay that we put into the core game. We are not shipping with the flora editor. Sorry. It’s something we eventually want to get out there as it is fun to work with.”

Spore will be released for PC and Mac in Europe on September 5th and in North America on September 7th, 2008. — Quotes via Eurogamer