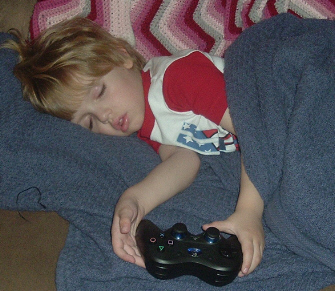 A new report finds that “Extreme Gamers” spend an “average of 23 hours a week” playing video games and “have purchased 24 titles in the past 3 months”. This is all according to the most recent report from The NPD Group, the leading market research company. The report is entitled “Games Segmentation 2008”.

Detailed in the report are analysis of seven “gamer segments”, they define these by: ownership, usage and frequency. The report also identifies the video game platforms and genres in addition to retailers and how they appeal to various gamer segments. This helps the gaming industry to better understand the video game sales, ownership and usage patterns within these segments of consumers.

Given their size and heavy gaming characteristics, Young Heavy Gamers typically make up at least one-third of any system’s owners and tend to gravitate towards portable platforms. For Nintendo DS (NDS) and PlayStation Portable (PSP), six out of every 10 owners are Young Heavy Gamers.

Console Gamers is the second largest segment of the owner base of any system, with the exception of the NDS and PSP.

According to the report, while the PC is used more than any single console for gaming, Console Gamers, Young Heavy Gamers, and Extreme Gamers are more likely to use consoles than a PC to play video games.

“Although Extreme Gamers are heavily involved with the industry, they represent a small portion of the potential market for any new game that comes to market,” said Anita Frazier, industry analyst, The NPD Group. “In order to promote continued growth, we must better understand all of the gaming segments.”

Both Console Gamers and Extreme Gamers dominate when it comes to the number of hours spent playing video games per week, with an average of 8.2 hours per week and 22.3 hours per week, respectively.

The Advent of Digital Purchases
In total, gaming consumers indicated approximately 14 percent of games purchased in the past 3 months were digital downloads. Avid PC Gamers had the highest incidence with 27 percent of their purchases being digital. In terms of content, more than half of Extreme Gamers and just over a third of Avid PC Gamers stated they would definitely download a feature to enhance a specific game that they own.

Go to the NPD to read the rest of the report.