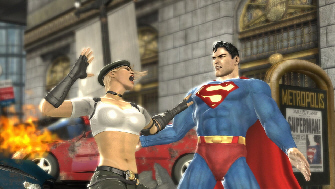 Out of the complete Mortal Kombat vs. DC Universe cast of 22 characters, all have been revealed like Sub-Zero and Batman, so we thought it was time to list the MK vs. DC characters below that have been confirmed for the upcoming November 16th, 2008, Xbox 360 and PlayStation 3 fighting game.

When you click on each Mortal Kombat vs. DC Universe character’s name below, a window will pop up with a big picture of him / her.

NOTE: We also have a guide that explains how to unlock Mortal Kombat vs DC Universe secret characters and perform all fatalities. 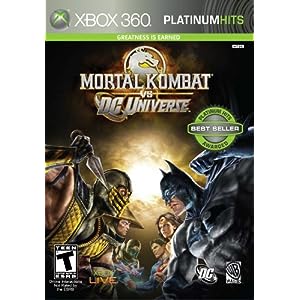 The way these characters are put together in the story mode is rather simple. Depending on which side players choose (Mortal Kombat or DC Universe), they will see the characters from the opposite universe as the invaders of their own universe. This leads to unlikely alliances being forged on each side, but does this blind rage stop them from seeing the dark threat that merged the two universes and is set to destroy them all?

Characters that are normally super powerful have been toned down to make them balanced within the game, for example: Superman no longer as invulnerable as he usually is, so he can be hurt by Scorpion’s spear. This further expresses itself during fights, where characters will show permanent signs of damage like: bruises, blood marks, and broken or torn clothing pieces.

* Watch the John Tobias MK vs. DC comic book video to see a panel with all 4 rumored characters in it as he talks about “seeing all of the [game] characters represented in some way in the book.” It’s possible these characters will be the by the game’s creators previously mentioned downloadable content.

This list gets updated as more characters are confirmed. Last updated November 3.