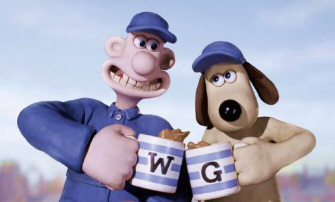 The game will be episodic, which is something that Telltale games does well and has seen tremendous success with the distribution method, having released both Bones and Sam & Max games in episodic form.

Speaking to the Associated Press, Telltale games CEO Dan Connors reassured fans of the series that the video game will retain the unique look of the Aardman Animations’ four-time Academy Award winning stop-motion clay animated film series, saying that they are definitely going to retain the claymation look with their new game. And to show people their commitment to the project, he said, “clay presents a challenge if you really get into the detail of it. For example, adding fingerprints in a medium where there aren’t any is one of the discussions of how far we should go with the game’s detail.”

More info on the game, including platforms it will be released on will be known soon. We’ll definitely keep you updated. Here’s hoping that it hits Xbox Live Arcade, WiiWare and Playstation Network.