Mortal Kombat 9 will be the true Mature return to form 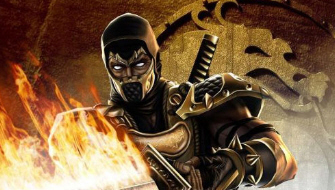 Mortal Kombat 9 will return the series to it’s M-rated, blood-and-guts roots. This according to series creator Ed Boon in an interview with Kotaku at Comic-Con 2008.

This shouldn’t come as a surprise to anyone, given the fact that Mortal Kombat 8 was promised to be a darker, grittier title than any before it (as well as being a total revamp of the series), before it was re-worked into it’s current form as Mortal Kombat vs DC Universe.

This left a lot of fans disappointed (despite the fact that the game isn’t even out yet) and this is not a fact that has fallen on deaf ears for Ed Boon. Although there is little more than concept art for MK9, the grittier, darker version of MK is indeed in the works technology-wise and will strive for more blood, more violence and more of everything MK fans expect from the franchise (something that is limited to a degree by the DC license).

Sadly, the future of MK9 may very well depend on how well Mortal Kombat vs DC Universe sells. So here’s to hoping that all MK fans go out and support the franchise despite what they may think of the new twist (personally, I love it).

Update: It was revealed in April 2009, that with Midway going bankrupt, Midway’s team of 50 Mortal Kombat developers are talking to several other publishers to form their own studio and jump ship after 17 years.