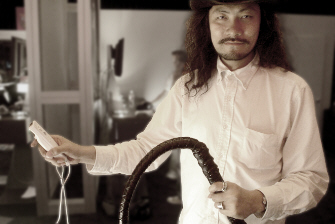 Is a “Castlevania 5” 8-bit NES-style game possible? Yes it is, at least according to series creator Koji Igarashi.

In an interview with Wired discussing the recently revealed Castlevania Judgment, he is asked what he thinks of Capcom’s Mega Man 9.

He responds with this: “I’m watching that very closely to see how it does. Myself, I’m a big retro gaming fan, so if it is successful that definitely opens up doors for what I can do.”

That statement is followed by this one, when he is asked if 3D Castlevania games just don’t work: “Not at all. It’s not the franchise itself that won’t go to 3-D. I’m actually very frustrated about that and I want to keep trying because I think the franchise can do well in 3-D.”

So in short, we not only can expect a new 3D Castlevania, particularly if Judgment sells well, but we also may see a “retro” Castlevania in the same vein as Mega Man 9, considering that game sells . . . So let’s make sure it does! I know I’ll be buying it on day one. 🙂