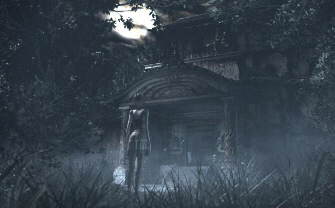 The first Fatal Frame 4 trailer for the Wii-exclusive survival horror game has been revealed via the Japanese web-site for the game.

I reviewed Fatal Frame 1 and I can tell you that the series is one of the scariest video games out there. I’ve heard that numbers 2 and 3 are even scarier than the first game, and as this trailer reveals, the game looks like it’ll maintain it’s fear factor even for this new Wii installment.

The series has always been about ghosts and haunted mansions, in which you must capture them using your camera. The Wii version has added a Resident Evil 4-style shooting mechanic and it looks like it’ll do wonders to update the franchise.

Give the horror-fest a look in the first trailer for the game.