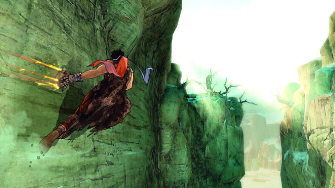 Prince of Persia will in all likelihood be delayed till 2009. In an interview with Eurogamer, Prince of Persia producer Ben Mattes said the goal is to release Prince of Persia in time for Christmas this year, but that if the quality “wasn’t there” then they wouldn’t release it.

Asked about how confident the team is that Prince of Persia will make the Christmas release date, Mattes responded saying, “If I want a job here next year it better be [out this year]” but then added, “Obviously we’re not going to release the game if the quality’s not there, that’s for sure. But our goal is to make sure the quality is there in time. At least in my conversations [with Ubisoft management] it’s got to be out for Christmas. We want the Christmas market; we want a now one year stagger with Assassin’s Creed.”

Recently Ubisoft has granted extra development time for some of their other high profile games including the already released Haze (by Free Radical), which got 9 additional months, and Tom Clancy’s EndWar RTS, which got an extra six months due to the high sales of Assassin’s Creed.

Mattes also discussed how they were weary of over-hyping Prince of Persia, believing that over-hype may have harmed the public’s reception to Assassin’s Creed (which didn’t live up to the expectations of some gamers, mainly due to it’s repetitive nature) and that they were consciously going to manage how they revealed the return of Prince of Persia and get the word out. The game was shown for the first time at the UbiDays conference in May.

“I think that played into our decision this time around, certainly,” said Mattes. “We’re following that same sort of pattern. But whereas they did it over a year, we’re doing it over six months. But hopefully we’ll generate suitable levels of hype and buzz.”