Onechanbara: Bikini Zombie Slayer coming to the Wii in early 2009 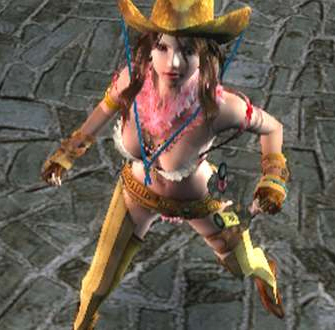 D3Publisher has announced Onechanbara: Bikini Zombie Slayers will be coming to Wii in Q1 2009 in a stroke of hilarious subtitle naming.

Onechanbara is described as the ultimate evolution in a third-person blood-splattering hack-and-slash videogame. Players take on the role of the beautiful but deadly Aya or her little sister Saki, both of whom will need to put their legendary samurai skills to the test in order to battle legions of zombies terrorizing their city. Every person met and enemy battled gets the sisters closer to understanding who or what is behind the zombie outbreak and putting an end to it.

This budget game is part of a series known for years in Japan as Simple 2000: Onechanbara and in Europe as Zombie Hunters. Check out the intro and trailer from a previous game to see what to expect on the Wii.