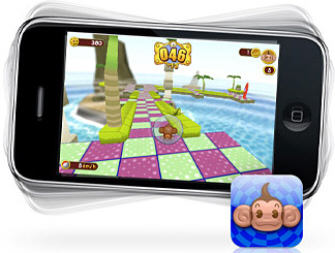 Apple CEO Steve Jobs has said about the July 11 iPhone App Store launch that 25% of the first 500 applications at the store will be free. Of the commercial applications, 90% will be sold for $9.99 or less, and most interestingly for gamers is that he added a third of the first wave of applications will be iPhone games.

Here are the best choice games (both free and paid) out of the around 165 titles available. Read the list of recommended iPhone games in alphabetical order:

The New York Times reports that with the App Store, Apple simplified the process of adding software to the phone. Mr. Jobs contends that Apple does not plan to make much money on games and other applications; he has also said the company does not make much money selling music on iTunes. “We are not trying to be business partners,” Mr. Jobs said of the App Store. Instead, he said, the goal is to “sell more iPhones.” Apple gives developers a 70% cut of sales.

This is interesting because it will increase the number of games that will be made for the iPhones and iPod Touches, compared to bossy wireless carriers that control what programs end up on phones. Especially with Apple manufacturing 15 million of the new iPhone 3G’s (and 2 million more of the iPhone 2G’s) in the second half of this year alone. Even if it’s not a dedicated game portable, that’s still a large potential userbase of gamers. In fact, when you start comparing it to the multimedia PSP, in half a year from now the iPhone will have sold more than half the PSP’s userbase of 37 million. — Part of the games list via IGN