SPRay announced for Wii by Tecmo 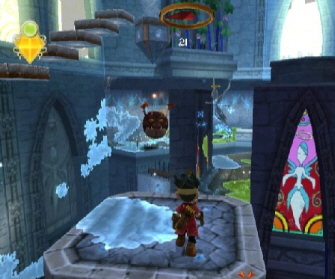 Tecmo has signed an agreement with Eko Software for the exclusive North American publishing rights to SPRay (A “Spirited Prince” called “Ray”), an action-adventure game developed for the Wii that features a unique gameplay mechanic involving the use of several liquids that are sprayed onto the game universe. SPRay will be released in Holiday 2008.

Players will soak in the action in SPRay by playing a spirited Prince named Ray who must save his village from a banished evil Queen who’s returned to capture and enslave the villagers. After donning a magic crown which summons two liquid spraying spirits, he sets out to defeat the evil Queen and her army of anti-matter soldiers. Skillfully use the “angelic” and “wicked” spirits to spray water, oil, goo, and other liquids on enemies and surfaces to solve puzzles and wipe out evil!

Key SPRay features include:
* Perform gravity-defying moves as you spray, stick, and slide your way through challenging puzzles
* Creatively fight enemies by blasting various liquids on them and finishing them with a flurry of sword slashes!
* Use the Wii Remote and Nunchuk to take hold of Ray’s “angelic” and “wicked” spirits
* Get together with friends to play crazy multiplayer games like “Paint It!” and “Sticky Chewing Gum”