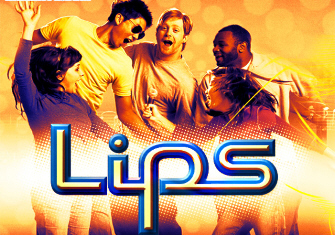 These are the first photos of the Lips karaoke game exclusively for the Xbox 360. It’s in development at the Japanese studio iNiS (of Elite Beat Agents fame).

According to Gamekyo this new karaoke game will be released in November 2008 and is playable with two wireless interactive microphones that react with the player movements and voice. The microphones have light indicators too. Expect more info on Lips during E3 in a few days. 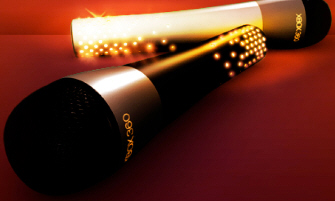 PS: I can’t be the only one wondering why the heck guy with the stupid expression is grabbing the other guy’s hair? Very odd promo!