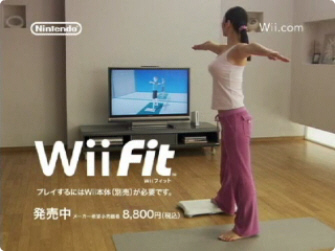 Does exercising with the Wii really make you healthier? Well $2 million in grants to study and research how playing video games can impact your health will eventually give us scientific evidence showing exactly how video games actually effect us.

The Robert Wood Johnson Foundation announced Thursday the first round of funding awarded to American researchers through its Health Games Research national program to study the health effects in various forms of gaming.

Twelve different research teams will be awarded up to $200,000 each, located in California, Florida, Indiana, Maine, North Carolina, South Carolina, New York, Vermont, and Washington, with more than $2 million in grants awarded in total.

As you may expect, at least two of the teams will be exclusively studying the Nintendo Wii and it’s health benefits.

Meanwhile a team at the University of North Carolina will research the “physiological measures of energy expenditure” (which is the motivation to expend energy) of subjects playing traditional games compared to those playing “active” games that involve using “a dance pad, balance board, or guitar” (such as Dance Dance Revolution, Wii Fit, and Guitar Hero 3, and Rock Band).

While a team at the University of South Carolina will study what effects Wii and Eyetoy games have on patients who have chronic mobility and balance deficiency as the result of having a stroke.

Other research teams will cover a wide slew of different gaming, including both mainstream games and highly specialized programs designed to help in specific situations. Such as an RPG-like game designed to teach recovering substance abuse patients how to avoid relapses and a “breath biofeedback game” designed to help cystic fibrosis patients (a disease that can cause lung infections) improve the self-administration of inhaled medicines and respiratory exercises.

“Health Games Research gives us a tremendous opportunity to advance the field,” said Health Games Research program director Debra Lieberman. “Previous studies and clinical trials have shown that well-designed interactive games can significantly improve players’ health-related knowledge, skills, behaviors and outcomes. The 12 new studies will give us deeper insights into how and why certain game designs are compelling, fun and effective, and for which types of people.”

The 12 studies are planned to span one to two years each, and are only the first in what will be an ongoing program. Health Games Research plans to award another $2 million in grants for a second wave of studies in 2009.