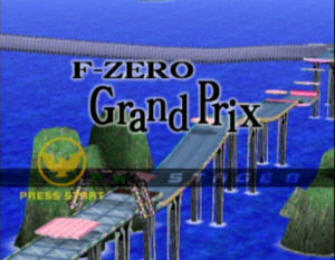 A new F-Zero Wii game is said to be unveiled by Nintendo at the E3 Summit 2008 on July 15-17th, currently it’s codenamed F-Zero Z. Expect the racing game to have been developed internally at Nintendo; Since Shigeru Miyamoto commented that the past F-Zero and Star Fox collaborations with outside development houses (in F-Zero GX & AX’s case Sega) turned out to be a disappointment for Nintendo. To quote him: “consumers got very excited about the idea of those games, but the games themselves did not deliver”.

Features for F-Zero Wii include:
* All the tracks from F-Zero GX.
* An online multiplayer mode.
* “A weapon system has also been confirmed,” according to German website NintendoPlanet who leaked the news a while back.

Nintendo of America president Reggie Fils-Aime said a few months ago that the line-up for the second half of 2008 had yet to be announced, but things would be changing soon. To quote: “There’s gonna be a big game for the holiday that gamers will want. All I can tell you is what [lineup of games] we announce during E3 is gonna be fantastic. The gamer is gonna be excited and the expanded audience is gonna be excited.”

Nintendo themselves keep dropping references to F-Zero in their most popular games. In the above screenshot you can see F-Zero Grand Prix is a special stage that appears in Adventure Mode and Event 33: Lethal Marathon of the Wii game Super Smash Bros. Brawl, not surprising with Captain Falcon being a series regular. A similar cameo appears in Mario Kart Wii, where you can select F-Zero’s Blue Falcon as a kart. Watch the unlockable here: