Home » News » PC News » Silicon Knights’ next game not Crucible: The Evil Within, but leaked video was Oblivion designer’s next RPG

Silicon Knights’ next game not Crucible: The Evil Within, but leaked video was Oblivion designer’s next RPG 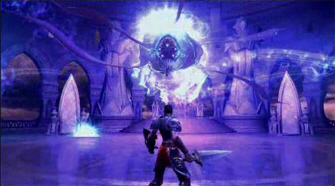 UPDATE: Sega has denied Crucible: The Evil Within is their game, but admitted something IS coming by saying: “That video is not the game that Silicon Knights is creating for us. I have no idea if it is a game they are working on for someone else, but it’s definitely not the project that Silicon Knights and SEGA are producing. I can’t reveal any info about the game we currently have in development, but I can tell you that it is not titled ‘The Crucible.’ More news about our game coming soon.”

Instead it’s said that it’s developer Big Huge Games and Oblivion designer Ken Rolston’s new console RPG. The former Elder Scrolls designer joined Big Huge Games last year to work on a “strikingly original” console RPG due to be published by THQ in 2009. Apparently the leaked footage showed an “absolutely archaic build, and doesn’t even come close to representing what the game is or where it’s going” calling it “orders of magnitude better” than the footage suggests.

ORIGINAL ARTICLE:
The following early Crucible: The Evil Within video shows a new dungeon-crawling game. This is all unconfirmed as it was leaked from a marketing firm. Some general assumptions are that it is being developed by Silicon Knights, since the combat looks similar to that in Too Human, for publisher Sega who have the name trademarked. Suggested platforms for release are the Xbox 360, PlayStation 3 and PC. Expect an official announcement next month at E3 2008.

See the Crucible: The Evil Within video (also at Kotaku).