Warcraft 4 release far in the future 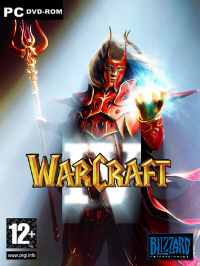 Blizzard’s VP of game design, Rob Pardo, was asked about the possibility of the developer creating the next Warcraft 4 real-time strategy (RTS) game in the popular series. While the MMORPG World of Warcraft has over 10 million subscribers, the franchise started out in the RTS genre, so will it be returning to its RTS roots? In an interview from last year he answered:

“Yeah, of course there’s a chance,” he confirmed. “The way that we develop things, each time a development team becomes available, because they’re done with creating the games that they’ve been doing, they have a lot of say over what their next game is. So what it would take is for one of our teams to decide that they want to make Warcraft RTS and of course, there’ll be some talk about doing that and I’m sure after StarCraft 2 ships, it will be one the ideas on the table for that team to do, but that’s pretty far off in the future and it would really be determined by a combination of the dev team and the company leadership.”

Mr. Pardo continued: “I think that one of the things that makes us ultimately successful as a company is that we’re more lead by our game-making decisions and not so much by business decisions, which is one of the reasons why this question used to be the StarCraft question. Back when we did StarCraft, we did Brood War, and everyone thought they were amazing games; they were successful and I used to get all these questions like, “Why are you doing another Warcraft RTS, shouldn’t you be doing StarCraft?” Well Warcraft was what the team wanted to make, they were burned out on the StarCraft universe, that was the game they wanted to make and as far as Warcraft goes, we love the universe – it’s an amazingly successful universe. If we want to go back and do it, maybe we will, maybe we won’t.”

Quotes from Gamedaily, boxart via Vgboxart