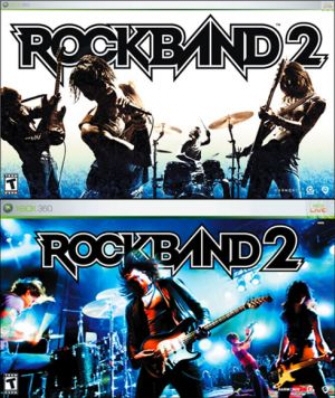 A Listen Research survey for Rock Band 2 has revealed new details and boxarts (see above) as well as a tentative November 2008 release date. To quote the survey: