Looking forward to the next next-gen (8th console generation) Unreal Engine 4.0 is expected to be released with Unreal Tournament 4 to show off its prowess, as with every new Unreal Engine comes a showpiece, usually an Unreal game. An example of this happened before the release of Unreal Engine 3, when Epic Games’ own projects — Gears of War and Unreal Tournament 2007 (later renamed to Unreal Tournament 3) — were touted as the company’s showcase titles for the latest Unreal technology.

Back in August 2005, Epic Games vice president Mark Rein revealed that the creators of the Unreal games and technology have already begun work [two years before in 2003] on what will eventually become Unreal Engine 4. 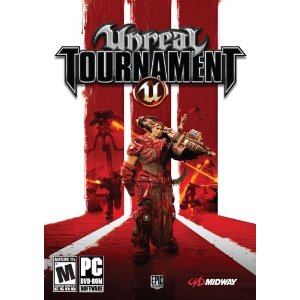 Epic Games boss Tim Sweeney, who’s been working on the Unreal Engine 4 core system design as the technical director, said in March 2008: “There is a long life ahead for Unreal Engine 3. [Unreal Engine] Version 4 will exclusively target the next console generation, Microsoft’s successor for the Xbox 360 [AKA Xbox 720], Sony’s successor for the PlayStation 3 [AKA PlayStation 4] – and if Nintendo ships a machine with similar hardware specs [AKA Wii 2], then that also. PCs will follow after that.” Mark Rein later clarified that Tim Sweeney meant that Unreal Engine 4 was coming to PC, and that “When Tim Sweeney was talking about Unreal Engine 4 … he mentioned something along the lines of it being exclusively for the next generation of consoles… what he meant was, it won’t run on this generation of consoles.”

For those interested, Unreal Engine 4 development will fully start sometime in 2008. With the next generation of consoles not expected to launch until around 2011-2012, it’ll be a while before you’ll be fragging photo-realistic enemies in Unreal Tournament 4.