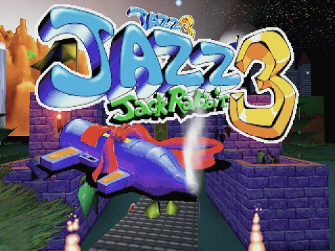 In a recent Q&A with Gears of War 1/2 lead designer CliffyB he mentioned a new Jazz Jackrabbit 3 is still in consideration for his future plans, despite the 90’s 2D gaming mascot’s last game, 1999’s Jazz Jackrabbit 3D, being cancelled back in 2000.

Question: When are we going to see the triumphant return of the one and only Jazz Jackrabbit? This game would be absolutely badass on modern consoles. I’m sure remakes of many old Epic games would be great also (Xargon, Kiloblaster, Jill of the Jungle, the list goes on).

Answer: While I’d love to consider doing something like that, unfortunately every spare body we have right now is hard at work making Gears 2 into the blockbuster rollercoaster ride it needs to be for November, while also getting out a very slick Unreal Tournament 3 on Xbox 360. In the meantime, you can download the user mod for UT3 PS3 that has a “reborn” Jazz Jackrabbit as a buff, badass bunny!

This isn’t the first time CliffyB has mentioned wanting to make a new Jazz Jackrabbit. At the end of the 2005-07-29 episode of G4TV, he also said he’s is still very interested in the idea of doing Jazz Jackrabbit 3, and is still actively pitching the concept to publishers. Although Bleszinski would not reveal too many details about the game, he seemed to imply it involved Jazz getting into trouble with the Turtle Mafia, suggesting that his concept for Jazz Jackrabbit 3 is completely different from the version Dean Dodrill was working on in 1999.

For more on CliffyB’s history and Gears of War 2 promises, you can read the full Gamedaily reader Q&A. — I personally loved the two 2D Jazz Jackrabbit games growing up, so a return of the rabbit would be welcome in my house.

July 2009 update: During the “Gears of War: The Gearsiverse” panel at the San Diego Comic-Con 2009, Epic Games’ Cliff Bleszinski confirmed that the development house wasn’t working on a new Jazz Jackrabbit game, when asked of the possibility by a fan during the Q&A session. However, he did mention that he’s willing to discuss the possibility with Chair Entertainment. This developer Epic bought back in 2008, created both Undertow (2007) and Shadow Complex (coming August 19, 2009) for Xbox Live Arcade. Fingers crossed for Jazz Jackrabbit 3 as a downloadable title on Xbox Live Arcade in mid-2011 at the earliest then?!?!