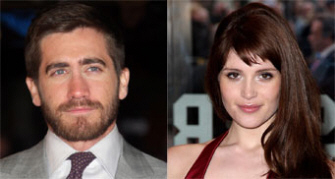 The latest Prince of Persia movie news reveals that Jake Gyllenhaal (Donnie Darko) and Gemma Arterton (James Bond: Quantum of Solace) will star in “Prince of Persia: The Sands of Time,” as the respective Prince and Princess. The movie is Disney and Jerry Bruckheimer Films’ adaptation of Ubisoft’s popular video game (created by Jordan Mechner). Doug Miro, Carlo Bernard, Jordan Mechner and Boaz Yakin wrote the script. Mike Newell (Harry Potter and the Goblet of Fire) is directing, Bruckheimer is producing, and Mike Stenson, Chad Oman and Patrick McCormick are executive producing. That’s a lot of big movie industry names there.

In the fantasy adventure, Gyllenhaal will play Dastan, a young prince in 6th century Persia who must join forces with Tamina (played by Arterton) a feisty and exotic princess, to prevent a villainous nobleman from possessing the Sands of Time, a gift from the gods that can reverse time and allow its possessor to rule the world.

Bruckheimer was quoted by the Hollywoodreporter as saying: “We’ve been fairly fortunate with some our leading ladies. Some of them have gone on to become major movie stars, going back to Nicole Kidman in a movie I did a long time ago called ‘Days of Thunder’ to Keira Knightley out of (‘Pirates of the Caribbean’).” Bruckheimer declined comment on the “Prince of Persia” budget other than to say, “It’s not one of our smaller productions.” Production is set to start in July in Morocco and England. The movie will be out in summer 2009.