Fallout 3 soundtrack made by Inon Zur 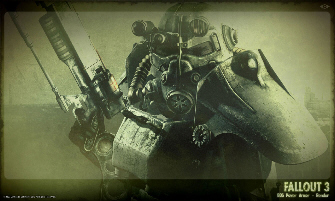 Announced today was that Inon Zur has created the original musical score for Bethesda Softworks’ post-apocalyptic game, Fallout 3. Zur, an award-winning composer, has created numerous scores for films, television, and new media. Most recently, he composed music for CBS’ Ghost Whisperer: The Other Side TV webisode series as well as the Marvel Kids webisodes for Iron Man. But you know better from music in Crysis and the Warhammer 40,000 expansions.

You can listen to three of Mr. Inon’s tracks from Fallout 3 in the Downloads section of the Fallout 3 website.

“We’ve wanted to work with Inon for a long time,” said Todd Howard executive producer of Fallout 3. “He brings so much to the table, in terms of his talent, background, and the music that’s influenced him. He’s created a score that has epic sweep; from the lonely ambience of the wasteland to dramatic fights for survival.”

Currently under development at Bethesda Game Studios — creators of award-winning The Elder Scrolls IV: Oblivion, the 2006 Game of the Year — Fallout 3 is slated for release this Fall on Xbox 360, PlayStation 3 and PC.