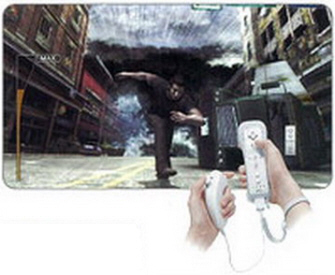 Disaster: Day of Crisis is a Wii-exclusive survival simulation game focussing on the action that happens when you have to live through various natural disasters. Click on the above Disaster screenshot to view more pictures.

Disaster was originally announced back at E3 2006, the game wasn’t heard from in a long time and has been pushed back. But it’s been recently rumored to be coming out in Europe on May 30th, confirmed for a release in Japan on July 3rd, and is still set in America due sometime in 2008. As such it’s still in development at the Nintendo first-party Monolith Soft, with more details promised this summer at E3 2008.

Watch all available Disaster: Day of Crisis footage in this trailer.