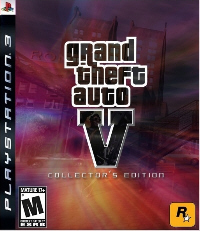 To quote investment banker Wedbush Morgan Securities’ game industry analysts Michael Pachter: “I actually think they already have a story in mind. GTA5 is already in the planning stage and my guess is you’ll see [the next GTA] in two and a half years. In fall of 2010, there’ll be Grand Theft Auto 5.”

Below we show you a timeline that leads to the expected release date of May 2013.

This video shows clues that point to GTA 5 taking place in San Andreas or France.

This Grand Theft Auto Bonus Round episode discusses whether or not the release of GTA 4 on April 29th, 2008, was the fall of GTA as a series. Or if Rockstar will reach new heights with it or future games.

Picture courtesy of VGboxart, quotes via Gametrailers, video by finalfantasy9ix.

January 2009 update: After rumors circulating on the internet, Rockstar confirmed that there would be no GTA5 in 2009. While most companies don’t respond to rumors, Rockstar probably thought it would damage sales of their two upcoming GTA4 downloadable episodes (the 1st in February, the 2nd in October), which they are still working on. As a result 2010 is looking more logical for GTA5.

Piper Jaffray’s Anthony Gikas weighs in on the release date and thinks GTA5 will be out sometime between November 2010 – October 2011. To quote: “Our confidence in the company’s profitability profile is improving as product flow for FY 2010 is greatly improved and Grand Theft Auto V is expected in FY ‘11.”

Wedbush Morgan analyst Michael Pachter claimed: “While we still expect a GTA game in calendar 2010, it is not clear that the game will be released before the end of Take-Two’s fiscal year ending October 31, 2010.”

October 2009 update: On page 17 of Grand Theft Auto: Episodes From Liberty City’s game manual, Rockstar gives a teaser where the next GTA game might be. Up until now it was most likely Grand Theft Auto V: Vice City. Which is a guess, because at the end of Grand Theft Auto IV, Niko’s plane ticket says “Vice City”. And this teaser image (scan shown below) — which also appears on a billboard near Star Junction, next to Liberty City’s Seagull — says “Liberty City, It’s Over! Next Stop. Theatre Seagull” with a hint we’ll find out more in March 2010. Meaning the new “Theatre Seagull” location could be opening up anywhere that has the mountains and beaches shown in that location depiction; Any place from England, France, San Andreas to Seattle and beyond. Where do you want to see the next GTA take place?

November 2009 update: GTA series producer/writer/voice artist Dan Houser had an interview with The Times London newspaper about the next GTA game. To quote the article: “There’s a Western game in the works for next spring, and the next GTA to think of. ‘We’ll think of a city first, then the characters,’ says Houser. The script he will end up co-writing will run to around 1,000 pages, nearly ten times as much as a feature film.”

December 2010 update: Clearly a quick turnaround analysts promised us for the next GTA game didn’t happen. Instead a Fall 2011 release for GTA5 is much more likely. In the end, an extra year of development will make sure the game will be higher quality and more fun to play.

April 2011 update: The latest rumors see Grand Theft Auto 5 coming to Wii 2 alongside Xbox 360 and PS3 in fall 2012. Since that’s when the Wii U is said to launch, the story here being that GTA5 would be a launch game.

October 2011 update: Rockstar Games has officially confirmed Grand Theft Auto 5 on October 25th. They are promising us the first “Grand Theft Auto Five” trailer will be shown on rockstargames.com on November 2nd, 2011. 😀

Here’s the teaser image from their homepage confirming the game announcement! 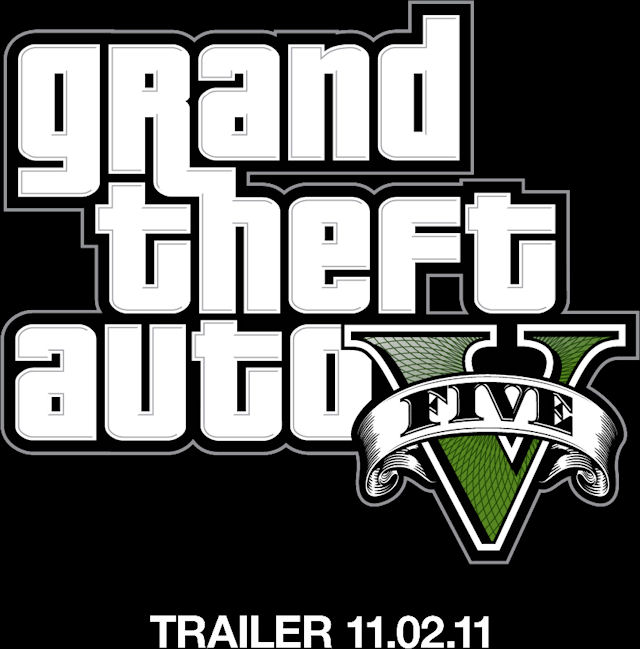 Release Date Hint from Rockstar?: One of our readers Anders_L points out that in the trailer scene where the person is nailing a “For Sale” sign into the ground, if you look at the curbed number sign to your lower right, it says: “2405” or 2012-24-05 aka May 24th, 2012?

A more likely release date a year later is in the middle of the release month Rockstar has favored in recent year: On Tuesday, May 14th, 2013!