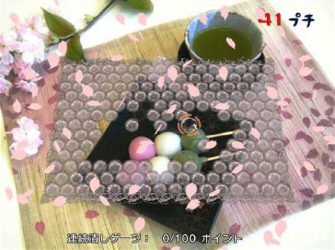 Ouchi de Puti Puti is a bubble wrap popping simulator game coming to Nintendo’s WiiWare game download service in Japan. The game is is based on Bandai’s Puti Puti plastic keychains, which generate infinite bubble wrap sound effects when you press the buttons on the toy.

For 800 Wii Points you get a bubble wrap destroying adventure that’s 40 levels long. The simulator is being developed by Namco Bandai and will include vibration feedback. It’s a very odd, typical Japanese-crazy, idea that actually makes perfect sense when you think about it. I mean, who doesn’t like popping bubble wrap? — Via VCreviews

PS: I loved the idea so much that I looked up Bandai’s Puti Puti on eBay and bought the toy for just $10! Cool!