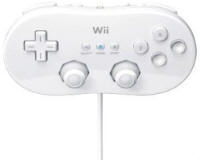 Just added to the Office of Film & Literature Classification (OFLC ratings board in Australia) are some previously unannounced Wii Virtual Console classic games.

Last year newly rated Australian Virtual Console games were released there about one to two months after being discovered, so expect the below listed games soon. Pretty exciting that some previously Japan-only games are getting imported to Australia (meaning the other PAL region, Europe, is likely to get them too).

Other new Japanese games on the horizon include the pair of previously announced import titles Do Re Mi Fantasy: Milon’s Quest and Smash Ping Pong.