Halo 4: The Secret Files. Everything Bungie talked about 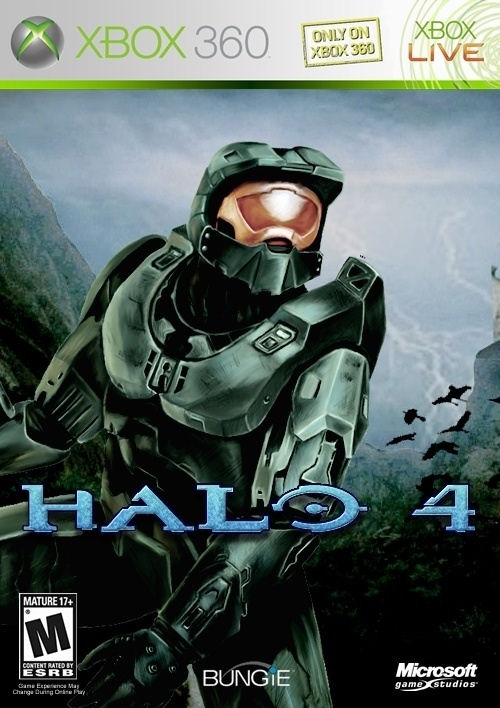 The following Bungie developer interview notes are a summary of everything Halo 4 the company talked about or what was hinted at. We dubbed it “The Secret Files” that puts one and one together. Every Halo fan obviously knows the (original) Halo trilogy is over (Halo 3 was left with an open ending). But with Ensemble Studios working on the Halo Wars RTS prequel and an episodic Halo: Chronicles cinematic-game trilogy series still in the works by Peter Jackson, would a Halo 4 FPS really be that far fetched? Time to line up the facts…

July 14th 2006: Bungie audio director, Marty O’Donnell, said at the UK Game Developers Conference that “We all want Halo to be the great ending to an epic trilogy. We look at what Peter Jackson did with the Lord of the Rings films – which each film bettering the previous one and that is what we are aiming for.”

September 25th 2007: At the launch of Halo 3 the cinematic designer, Lee Wilson, said “There’s a lot of people who have been working on Halo much longer than us two have and they’re really interested in exploring new games, new stories, and whatever comes out of those conversations is what we’re going to pursue. We’re still going to make games for us.” And Joe Tung, multiplayer producer, said that the team was “figuring out right now what we’re working on next. We really don’t know what that is yet but as soon as we know, everyone else will know. Halo 4 is not in development.”

October 8th 2007: Halo movie director, Neill Blomkamp, confirmed that the Halo “film is entirely dead,” but consoled fans of the series by mentioning that “Well, we are already at work on another Halo game — I wouldn’t call it ‘Halo 4’, but it is based in the Halo Universe and represents a collaboration between Bungie and Peter Jackson. Halo 3 was definitely not the last Bungie Halo game.”

November 9th 2007: Bungie studio manager, Harold Ryan, mentioned that “Obviously Microsoft wanted us to make more Halo games. Both I and some of the more senior guys from the original Halo game have deep piles of game designs for the Halo universe that we are excited to build at some point. If the stars align and motivations are good and the platforms are right we’ll do them.”

March 2008: Bungie are still supporting the Xbox 360-exclusive Halo 3 with new map packs, as well as the above mentioned two Halo game spin-offs that are set for tentative Q4 2008 releases. It does look like they want to take a break from the series, which might be part of the reason why Bungie became independent from Microsoft. But since money makes the world ago around, and of course fans do want more, it’s doubtful Microsoft or Bungie will want to give up on the Halo series that as of October 4th, 2007, combined sold over 20 million copies worldwide. Perhaps by the time the Xbox 720 launches in 2011-2012 we’ll hear about Master Chief’s comeback in Halo 4.

Microsoft’s Vice President of Xbox 360, Games for Windows and Live services, Don Mattrick, confirmed that Bungie is working on “a new Halo game” of some sort for Xbox 360. The initial announcement for this Bungie-developed title was first cancelled at E3. Especially after Bungie recently showed a Halo Interactive Strategy Board Game, which showed they themselves are branching out Halo from the FPS genre too, like Microsoft Game Studios’ already announced RTS and movie-experience Halo projects. Eventually Bungie.net announced this new Halo 3: Keep It Clean campaign expansion pack on September 25th, 2008, the one-year anniversary of Halo 3.

Updated for September 2008: New word on the street suggests that Gearbox Software (of Brothers in Arms series fame) and Microsoft Game Studios (the owner of the Halo IP) are hiring new staff for a possible Halo 4 due for the Xbox 720. Gearbox founder Randy Pitchford exclaimed the project was “look-at-our-line-up-and-imagine-something-even-bigger kind of big”. Later Corrinne Yu, Director of Technology of Gearbox Software, left the company to join Microsoft as the Principle (Lead) Engine Architect of Halo Franchise Team in order to “lead the team to build the engines and games for future Halo’s on Xbox’es and PC’s at Microsoft.” At the same time Microsoft put out this job description: “Microsoft’s new Halo Studio team is looking for a technical and highly talented program manager to work an engineering team to help define the next generation of gaming software technology. As part of the next generation team, you’ll be instrumental in helping to lead the development of the engine that will power future experiences for the next generation of gaming platforms. You will work closely with the software architect and the senior development team behind this critical new effort.”

“Halo 4 is on the way” confirms Microsoft

The image is accompanied with the following description: “Return to the Halo Universe. The news millions of Halo fans have waited for: Halo 4 is on the way. But that’s not all…” Here’s the picture proving Halo 4 has been in development all these years: 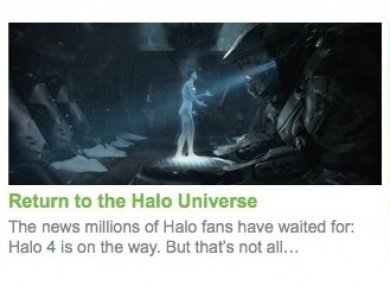 At August 2011’s Halofest, that celebrates 10 years of Halo, Microsoft’s keepers of all things Halo discuss the thinking behind the upcoming trilogy. Get an exclusive first look at what’s to come with Halo 4.