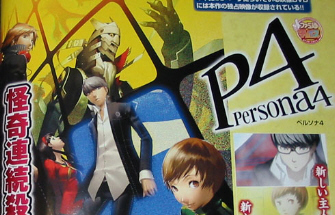 Atlus has unveiled Shin Megami Tensei: Persona 4 in the latest issue of Japanese gaming magazine Famitsu. It’s set for a Japanese release on July 10th, 2008, and will feature a new weather system, with lots of TVs and spirit summoning. The magazine included a 17-minute long preview of the game, shown below. No Western announcements were made, but the previous RPG in the series — Persona 3 — has been released worldwide.

Watch the first video of Persona 4: