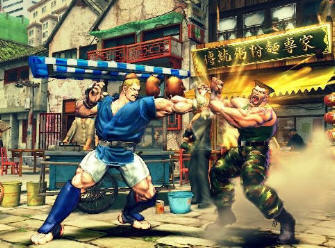 Abel is an all-new character for Street Fighter IV, just revealed at the Japanese arcade show AOU 08 in both pic and video form!.

Abel doesn’t look too far removed from the kind of Ken/Ryu type character we know and love, and he’s certainly a built guy. Abel is described as “a man without a past,” and has gathered what little clues he can as he searches for remaining members of Shadoloo. As his tag line suggests, he has a terrible case of amnesia.

Ahhh amnesia, is there any better kind of plot device?

Sarcasm aside, all the characters announced so far (including the original SFII cast and newcomers to Street Fighter IV Crimson Viper and Abel) will be playable in the game’s demo build this Saturday at the AOU Amusement Expo!

And videos of the new characters in action from the show have already hit the Internets! But first check out these up-close pics of Abel.

Now check out some videos of Street Fighter IV in action, including Abel, Chun-Li, E-Honda and Crimson Viper!