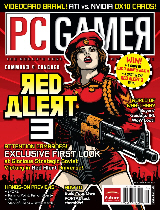 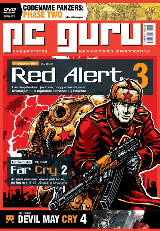 Look forward to the first solid details on the game tomorrow. For now you’ll have to make due with the two magazine covers (shown above) that reveal art for the regular gunner, tesla trooper and “Tanya” hero unit. Be sure to get hyped for the RTS sequel by watching this Red Alert series Hell March 2 music video.