Tomorrow, on January 31st, in Japan the Wii fighting game Super Smash Bros. Brawl will be released. Yesterday the game’s street date was broken and some lucky Japanese Smash fans got an early copy of the game that revealed 1 newcomer and 7 veterans for Brawl.

Now those same gamers have played through the game’s modes and as a result we can now confirm the last secret newcomer Wolf as one of the 35 characters in Super Smash Bros Brawl! Here’s what he looks like:

Wolf (from the Star Fox series) 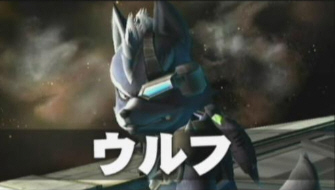 Some of Wolf’s (clone) moves are:
B — Blaster. Less range fires slower than Fox and Falco, but looks stronger.
Forward B — Same as Fox and Falco’s shadow fox dash. Only Wolf’s goes slightly upwards too. At about a 25 degree angle.
Down B — Reflector
Up B — Like Firefox, only it doesn’t really charge, goes really high though.
Final Smash — Red Landmaster: 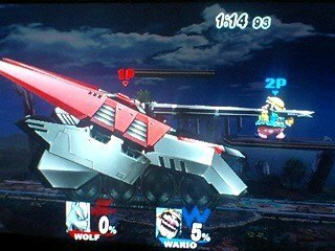 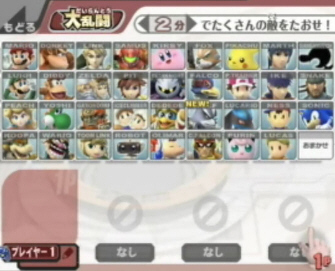