Alone in the Dark 5 delayed into May 2008. First gameplay video shown 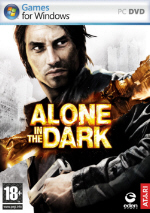 Atari has confirmed that Alone in the Dark: Near Death, the fifth game in the survival horror series — this time on the Xbox 360, PC, Wii and PS2 (plus PSP and DS) — has been delayed into May 2008. No specific date was mentioned other than “this year” for the PS3 version.

In an interview with the French newspaper Les Echos, Patrick Leleu, chairmen and CEO of Infogrames (which owns a controlling stake in Atari) said the game was the delayed to have time for extra polish. To quote: “I have made a decision to release the new Alone in the Dark opus in May. Its development is nearing completion but some scenes in this fully immersive game deserve to be more polished and we will not take any shortcuts.”