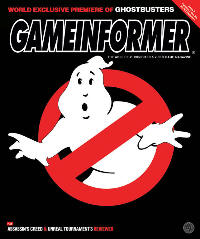 American games magazine Game Informer will have exclusive coverage in their December issue about an upcoming Ghostbusters 3 videogame. We’re tentatively calling it the Ghostbusters 3 game, here’s the quote that explains why…

“Harold Ramis, Bill Murray and Dan Aykroyd are getting back together and revisiting their roles to make a sequel to Ghostbusters 1 and 2 – in video-game form. Both Aykroyd and Ramis are teaming up for scriptwriting duties and are going far beyond just the typical licensed add-your-voice-to-the-game-you-had-nothing-to-do-with formula. And no, this has nothing to do with the Ghostbusters Zootfly video demonstration that floated around the internet in January.”

The Zootfly game was cancelled anyway and now we know why, the real cast is reuniting to write for a CGI movie and do voice for both the movie and game! No word yet on who the developers behind the game will be or what platforms it will be for.

I’ve got the Ghostbusters 1 & 2 DVD boxset next to my TV, so color me excited! Here’s an interview with the three actors/writers on why they like working together: