Gans however will not be leaving the realm of video game movies entirely. It has just been announced that Gains will be adapting Capcom’s Onimusha game series into a new Onimusha flick, thanks to his successful work on the Silent Hill movie.

Production on Onimusha is reportedly scheduled to begin in April, and movie website ComingSoon.net has been fed the synopsis for the series’ big screen debut. Check it out: 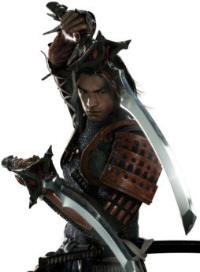 When Britta, the daughter of a Dutch merchant, is abducted on board a ship by seemingly invincible warriors, her tutor and confidant Jacob pursues her captors, vowing to rescue her at all costs. Meanwhile, the beautiful Princess Yuki is also kidnapped, this time by ninjas that reveal themselves, incredibly, to be part spider. In search of Yuki, Samanosuke joins forces with Jacob to vanquish their common foe. In the Cave of Elders, he receives a magical sword that will slay all within its reach-friend or foe-and learns of a sinister ceremony at Inabayama Castle intended to blot out the sun.

Performing a dangerous, stealthy invasion of the castle, Samanosuke and Jacob find the women they love dressed as Moon Princess and Daughter of the Sun, ready to be wed to and ravished by Nobunaga. Aided by their allies, the two warriors attack the insectoid hordes, but Samanosuke falls in battle, seemingly dead. In a mystical encounter, he is given the option to survive and fight-but it comes at a terrible cost . . .