One of the coolest parts of the PAX ’07 show (outside of the nerdcore concerts, movie theaters and tons of playable games) are the panel discussions, where related gaming topics are discussed at length, often with people involved in the subject from the industry.

The Culture of Japanese Gaming panel discussion was moderated by Nathan Paine, co-owner of Seattle-based game import outlet Pink Godzilla, gaming journalist Dan Tochen, who talked about the Japanese arcade scene, Mike Norman who discussed commercials for games in the Land of the Rising Sun and Koushi Kondou, president of Japanese tabletop role-playing game maker Bouken. The panel discussed the difference in how gaming is approached by the Western and Eastern industries and society.

With the launch of Nintendo’s Wii and DS in the US, gaming has rapidly been garnering a wide-spread appeal in US culture (and further acceptance). However, despite America’s new-found enthusiasm for the interactive medium, it pales in comparison to gaming in Japan, where games are more a lifestyle choice than just a hobby. The Japanese approach gaming is as foreign as their language to Americans.

Paine opened the session by noting the drastic differences between retail stores in Japan and those in the US. As opposed to the lifeless, stark retail experiences that many Western gamers are familiar with, Paine said that the retail experience in Japan is often as exciting as actually playing the games. The primary reason for this is the massive appeal of retro gaming in Japan. In Den Den Town–a world-renowned shopping district in Osaka, Japan–Paine said that retailers go to great lengths to procure and stock rare and classic games, such as Radiant Silvergun on the Sega Saturn, because it enhances their reputation and helps them in the highly competitive market.

The approach is in stark contrast to American retailers, who have the opposite mentality of only catering to the latest and greatest games, said Paine. He went on to say that in Japan, you can be assured that all of the retro products you buy have gone through an extensive testing process, and are only made available in as pristine a condition as is possible. Retailers also know the value of rare games, and are more than willing to offer appropriate compensation for your trade-ins, as opposed to US retailers who offer a mere fraction of the resale value.

Tochen then took over the panel to address arcade culture in Japan. Whereas the heyday of the American arcade died out in the ’80s, Japanese arcades are a growing and vibrant industry. Last year alone, he noted, the Japanese arcade industry pulled in $7.5 billion, which is more than half of the US’s total aggregate revenues in the gaming business! Nearly 40 percent of the Japanese gaming market revenues are from arcades, as opposed to a fraction of a percent in the US. Tochen also stated that a single play in a Japanese arcade is typically 100 yen ($.86), with the more complex or involved games scaling up to around 200 yen ($1.72).

According to Tochen’s research, there are more than 24,000 arcades in Japan. A sizable number, he noted, seeing as Japan is roughly the size of California. Further, each of these arcades average 30 games, and they’re located in some of the most highly trafficked areas, such as near subway terminals. Subsequently, arcades are nearly always packed with people, with every machine filled and plenty of observers loitering around. 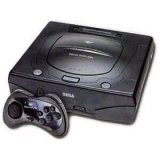 Mike Norman then discussed game ads in Japan. As opposed to the clinical approach to advertisement in the West, the Japanese launch into a full-fledged spectacle. To evidence this, Norman ran a montage of Japanese commercials that involved Segata Sanshiro, which translates to “You Must Play Sega Saturn.” Sanshiro’s antics included training on a near constant basis to play the Saturn, as well as physically accosting those who are not playing the system.

Norman noted that this strategy simply would not be accepted in the US, especially the one where Segata beats a few grade school kids with their own baseball bats after they dared to emerge from their living rooms to engage in physical activity. Another strategy that would not work is the use of gaming icons to promote other products in Japan. He then ran a commercial filled with what appeared to be Dance Dance Revolution characters as they promoted their extremely well-fitting and leak-preventing feminine hygiene products.

Closing out the panel was a Q&A session with Koushi Kondou. Despitie several lost-in-translation moments, Kondou did lend interesting insight into why many Western games don’t achieve the same magnitude of success in Japan. Referring specifically to Rockstar’s Grand Theft Auto series, Kondou noted that these types of games are simply too dark for a Japanese audience. Kondou noted that even in the most violent Japanese games, there is typically always a moment where the two opposite sides stop beating on each other and receive a peaceful resolution. The problem, he said, was the lack of a peaceful resolution or a lightening of the mood. “Someone needs to apologize at the end,” he said. — Quotes Via GameSpot