Home » Interviews » Dementium: The Ward on DS and Fury on PC get release dates

Dementium: The Ward on DS and Fury on PC get release dates 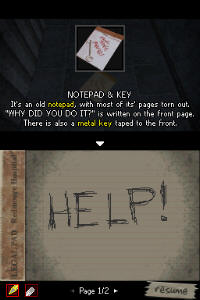 Dementium: The Ward gets a release date of October 31st on DS, just in time for Halloween scares, while Fury‘s release date is on October 9th.

These two games are the first releases from new publisher GameCock Media Group, which was only formed earlier this year by two former Gathering of Developer execs, with the motto: “a welcome solution to the bloated and originality-starved industry.”

Fury is a massively multiplayer online RPG that seeks to defy convention by offering up an action packed PvP focused experience. We covered Fury extensively already, so check there for a ton of videos of the game in action. Fury will retail for $49.99 and is free to play thereafter. An optional $9.99 monthly subscription gives players access to enhanced game features though. It has not yet been rated nor been announced outside the US.

Dementium: The Ward is a Silent Hill style first-person horror game on the horror-starved Nintendo DS. Players are tasked with escaping from a degenerating hospital; solving puzzles and filling monsters with lead on the way. Our previous coverage of Dementium: The Ward gives you more details on the game, but check out a bunch of newer movies below.
Dementium: The Ward – Mature Trailer